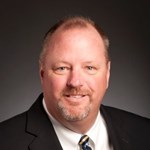 ED PRENDERGAST has over 40 years in the construction industry, where he has served as both student and teacher. Working his way through college, Ed began his career in construction as a surveyor, and then, after earning his degree in Building Construction Science from the University of Southern Mississippi in 1980, moved into the estimator role at the JW Bateson Company (now Balfour Beatty Construction Company) in Dallas, Texas.

A year later, he became the first employee hired at a start-up division of Clark Construction, called Clark Morris Company. Over the next decade, Ed rose through the roles of estimator, project engineer, and project manager. In 1992, he was recruited into his first leadership role as Vice President of Operations at Hardrock Erectors, a start-up steel and precast erection subcontracting company. Even with the recession of the early 1990s, Ed’s leadership and vision grew the business to $20 million annually with over 200 employees in multiple states.

At this point, it became obvious that Ed had a passion for preconstruction services and a natural skill at developing strong teams and customer relationships. Tying these attributes together brought him to Balfour Beatty’s Dallas Division (formerly Centex Construction) in 2000 as the Vice President of Preconstruction. Here, he created the MEDPRO healthcare estimating software that is still in use today. He also led efforts to implement a preconstruction billing recovery system that resulted in collecting nearly 50 percent of costs. It was at this time that the leadership team engaged in Servant Leadership training, which became a two-year transformative journey into developing new leadership techniques that built a stronger, more cohesive team.

In 2009, Ed became the Vice President of Preconstruction Services at McCarthy Building Company. Ed did very well here, as his servant leadership style fit perfectly with the robust leadership-pipeline culture that McCarthy embodies. He then moved into the broader role of Vice President of Business Development and Marketing in 2016. In both roles, Ed accelerated the development of his team with initiatives such as building a historical cost database and a best practices manual for business development and marketing.

When the decision was made in 2017 to relocate his family to Austin, Texas, Ed returned to the team at Balfour Beatty Construction as the Business Unit Leader and Vice President. He led the Austin Business Unit with business lines for large projects, education, special projects, and program management.

A seasoned construction leader with broad experience in all phases of complex commercial, residential, healthcare, and governmental projects, Ed now spends his time leveraging this knowledge and his extensive network of relationships to advise a select group of contractors how to help their teams more rapidly overcome the challenges of growth that all contracting businesses face. Each engagement is different and tailored to the specific needs of the contractor, but Ed’s passion is generally centered around the following points:

An unbiased, third-party advisor, facilitator, and coach with deep knowledge of the construction industry can bring new ideas and external context to your team with a focus on delivering results.